The Great Performing Rope - a Free Film, Cake and Conversation, 18 February at 4.30 pm, The Maltings, Berwick 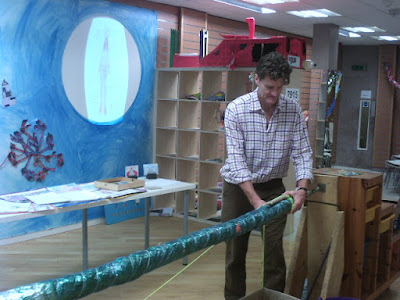 Last October, the Great Performing Rope occupied the streets of Berwick creating a 900 metre long route through the town centre carrying the personal stories, memories and hopes of the people of Berwick and its visitors.

Here's an opportunity to see a film screening documenting the event, hear the stories of some of the people who took part and helped to make it happen.

They’ll be serving tea and cake afterwards and hope you'll stay on for an informal discussion to explore what could happen next to the stories on the rope.

They have an idea for another project for Berwick-upon-Tweed and would love to hear your thoughts, contributions and ideas.

The Great Performing Rope was co-produced by November Club and Culture Creative in association with artist Carl von Weiler and was presented as part of Berwick 900.