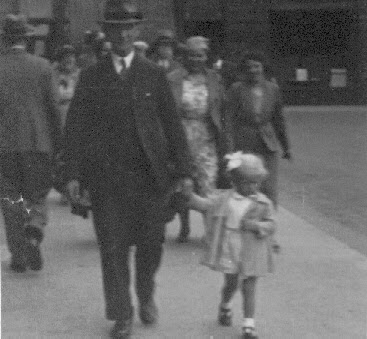 Robina Burgon writes:
My grandfather, Thomas Emond Tait, originally from Selkirk, was in World War I, serving in Gallipoli, Egypt, Palestine and the Western Front.

He re-enlisted with the 4th Battalion, King's Own Scottish Borderers (KOSB) stationed at Berwick Barracks on 24 June 1919 aged 21. On his enlistment registration his next of kin was stated as Catherine Story, 16 Allars Crescent, Hawick.

His daughter's birth is listed in the Borders Chronicles, a newspaper that was specifically published for the barracks. These are held in the library at the barracks.

He was discharged on 1 October 1936 under section 383 Kings Regulations and became a constable for the War Department based in Irvine, Ayrshire.

He is buried in Berwick Cemetery.
Posted by Peter Munro at 22:14